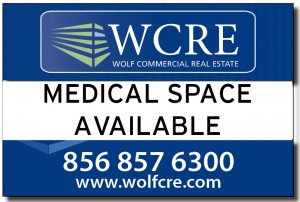 With an intensive focus on our client’s business goals, our commitment to community and our highly personal approach to client service, the team at our Southern New Jersey commercial real estate brokerage firm is creating a new culture and a higher standard in representing South Jersey medical space for lease or sale.

For medical office property owners looking to sell or lease their Southern New Jersey medical space, the team at our South Jersey commercial real estate brokerage firm has developed a defined marketing process that we tailor to each property and sub-market. Our proven marketing strategy works effectively to efficiently match buyers and tenants with available Southern New Jersey medical space for sale or lease.

Please click the links below for listings of South Jersey Office Spaces for Lease or Purchase. 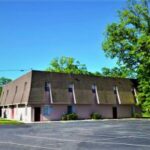 WCRE is proud to have exclusively represented Alfred and Antonio Scala in the marketing and disposition of 820 South White Horse Pike, Hammonton, New Jersey to Chris Begley.

820 South White Horse Pike is a +/- 10,000 square foot two-story medical office property that is directly located off of heavily trafficked Route 30. 820 South White Horse Pike is situated on a large parcel of 1.65 acres and has received prior approval to expand the building. Given the buildings highly visible location and ample space, there is unlimited potential for the new buyer to continue the development as a medical arts property.

Ryan Barikian, Vice President at WCRE exclusively represented the buyer and seller in this transaction. 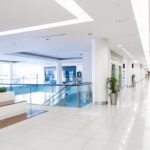 The difference, however, isn’t how patients are treated — but where.

Health systems are moving away from traditional doctors’ offices in scattered and often out-of-the-way locations.

Instead, they’re taking advantage of vacancies at big-box stores to consolidate practices and services at highly visible sites.

In Deptford, for instance, Inspira Health is spending $36 million to convert a long-vacant Dick’s store into a 50,000-square-foot center for primary-care doctors, cardiologists and more. 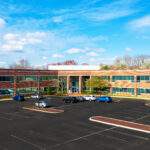 This Class “A” Mount Laurel medical office space contains between 200 and 20,000 sf of divisible. Please call for the asking lease price of this medical space in South Jersey.

The property is just off Route 73 and offers easy access to both Interstate 295 and to the New Jersey Turnpike. It also provides ample parking for all medical office users and signage.

There is a new, financially strong owner with an on-site presence at this South Jersey medical office building with suites that are available either furnished or unfurnished; there are conference and meeting rooms for use by tenants.

The average annual household income within a five-mile radius of this Mount Laurel medical office space for sale is more than $105,000. In addition, the average house value within that same geographic area is more than $318,000. 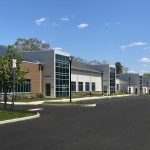 The asking lease price for this medical space in Voorhees is $25.00 sf NNN and parking is plentiful with a 4.5/1000 sf ratio. There will also be incentives associated with the lease. New tenants will join NJ Urology and the Center of Surgical Excellence at this South Jersey professional medical office.

There is monument, pylon, directional, and suite signage available at this location.  In addition, this medical space in Voorhees has a dynamic, modern design. The interior of the space has an interior fit-out allowance that includes up to $40 per square foot.

The property is easily accessible to Interstate 295, the New Jersey Turnpike, and the Atlantic City Expressway from its’ location on Route 70 in Voorhees. More than 50,000 vehicles per day pass by this class ‘A’ medical suite in South Jersey.

For more information about this medical space in South Jersey for lease at 134-136 Route 73 in Voorhees NJ, or about any other South Jersey commercial properties for sale or lease, please contact John Mozzillo (856-857-6304; john.mozzillo@wolfcre.com), or Jason Wolf (856-857-6301; jason.wolf@wolfcre.com) at Wolf Commercial Real Estate. 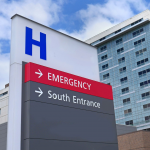 Cooper University Health Care’s largest ambulatory center, with about 200 employees working on three floors, will open in the old Sears department store at the Moorestown Mall. The Township Planning Board decided on Thursday night.

Board members voted to approve Cooper’s plans and bulk variances for the center to be part of the transformation of the struggling mall into a multi-use property. Cooper has purchased the space and parking from mall owner Pennsylvania Real Estate Investment Trust (PREIT) for about $10 million.

*Article courtesy of 70and73

MOORESTOWN – A proposed medical facility at Moorestown Mall would bring a dramatic makeover to a long-vacant Sears building.

Cooper University Health Care wants to replace the former department store’s hulking entrance with a two-story glass wall flanked by decorative elements of colored metal, according to a filing with the township’s planning board.

The three-level building also is expected to provide physician practice spaces, an ambulatory surgery center, an imaging department, and a radiation oncology suite for cancer patients.

Inspira Health expects to add another South Jersey hospital to its network next year.

Financial terms of the deal with Inspira are being kept confidential.

As part of the transaction, the New Jersey Joint Budget Oversight Committee has appropriated $20 million for Inspira Health to provide Salem Medical Center with the latest in medical, safety and communication innovations to benefit not just the community, but also hospital patients and staff amid the Covid-19 pandemic.

The transaction, which will require the approval of the New Jersey Attorney General’s office, is expected to be completed in 2022. 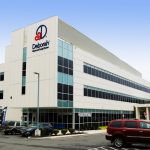 There are from 1,000 to 20,000 square feet of divisible medical space in South Jersey near Deborah Heart & Lung Center available in this South Jersey medical office building for lease through Wolf Commercial Real Estate, a South Jersey commercial real estate broker.

WASHINGTON TWP. – When Kennedy Health merged with Jefferson in 2017, one of the promises made by Thomas Jefferson University President Dr. Stephen Klasko was to have a new patient center built on the health system’s township campus.

On Tuesday, that promise was fulfilled when the ribbon was cut for the $184 million Silvestri Tower, a seven-story, 90-bed patient center. Klasko emphasized the need for the center in South Jersey during his remarks.

“In past, people would’ve had to go to Philadelphia or New York,” Klasko said. “And not only them, but their families can stay right here.”

The building is named after John Silvestri, who made a $5 million donation to Jefferson’s New Jersey branch, the largest donation in its history. Silvestri is the vice-chairman of the Jefferson-New Jersey Board of Trustees with more than 25 years of service to the company. He’s also the president of Site Development Inc., a Mount Laurel-based real estate firm.

Joined by his family, Silvestri credited his mother for keeping him involved with Jefferson for so long.

“Whenever I would get disenchanted or tired and I would consider calling it a day, she would always tell me to keep going and stay involved,” he said. “One day, I asked her, ‘But why should I stay?’ As only an Italian mom would say, ‘Well John, I like to see your picture on the wall when I go to the hospital.'”

New Jersey Department of Health Commissioner Judith Persichilli also attended the ribbon-cutting and used her time at the podium to thank Silvestri for his generosity.

“Mr. Silvestri’s financial support for Jefferson Health will leave a lasting legacy on this organization in South Jersey,” she said. “But make no mistake, it is not nearly as important as his time and his commitment and his appreciation for Jefferson-New Jersey, formerly Kennedy, and his community.”

The 240,000-square-foot building features an ICU with 30 beds, a new same-day surgery pre-and-post-op unit, a rooftop helistop, and family space in rooms and waiting areas. An 850-space parking garage was also built next to the tower.

Washington Township Mayor Joann Gattinelli said she already had firsthand knowledge on the level of care patients receive in the new center.

“I’ve unfortunately had some situations with my mom within the last four years,” Gattinelli said, “and she’s been pretty much all over South Jersey, I have to say. It was a pleasure, and she didn’t want to come home. I had trouble getting her back out of here.”